Here's a quick wee look at our latest books for you to check out at this weekend's London Comic Convention. Starting with Who on Earth was Thaddeus Mist? A mysterious tale of identity, myth, adventure and more created and edited by Owen Johnson and scribed and illustrated by a talented crew of Accent UK stalwarts.

The above trailer was prepared by Owen with music from Robert Logan and edited by David Turnball and was released just ahead of the book's successful launch at Thought Bubble last year featuring real-life mourners to Thaddeus Mists's funeral wake! 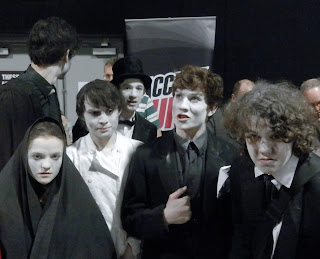 Also launched at Thought bubble was the latest instalment of Dave West and Gary Crutchley's entertaining WesterNoir series. Book 2 sees the return of Josiah Black as he hunts down some creepy looking Gator Boys in the deep Louisiana swamps, I kid you not! 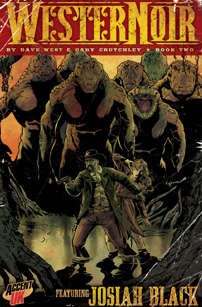 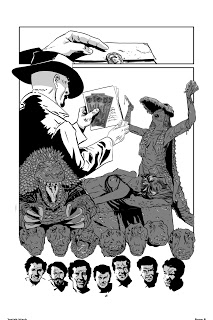 Finally in our trilogy of new releases is the rather wonderful Missing: Have you seen the Invisible Man? coming from the pen of Dave West and the artist arm of Joe Campbell. I can't say much without spilling the beans but let's just say things are more than we seem when leading scientist James Williams goes missing! Its set in the same 'Blessed/Cursed' vein as Dave's earlier Eagle winning success Whatever Happened to the World's Fastest Man? 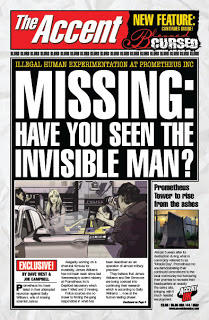 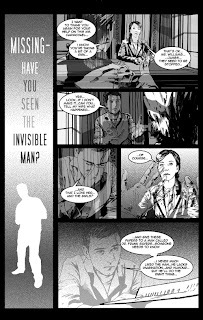 While these new titles await their respective Diamond listing they will only be available directly from us at shows or our website, along with our other popular books, so please check them out when you get a chance.
Posted by Colin M at 20:40