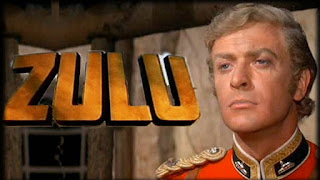 With thanks to historian  Ian Knight, just seen this enjoyable overview of the movie ZULU, it's impact and comparison with the facts, for anyone with a passing interest in the movie or African history it's well worth a watch and at less than 20 minutes won't take up too much of your time!

It's from a you tube channel called 'History Buffs' who similarly turn the spotlight on other historical movies such as Gladiator, Braveheart, Waterloo and Saving Private Ryan etc!

This also reminds me that good friend and fellow comics creator Garen Ewing also recently covered ZULU in the entertaining pod cast he hosts with his brother, I previously mentioned this here but you can go direct to their site here, again well worth a listen - makes you almost in the mood for some ZULU comics perhaps :) 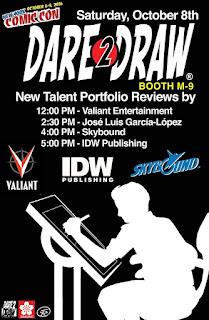 Surfing the New York Comic-Con's news on the always informative, The Beat's website and found this enthusiastic posting of our old friends at Dare2Draw and their NYCC line up including new artist talent portfolio reviews! Accent UK have been proud to sponsor the Dare2Draw team's activities for some time now so great to see that they are continuing their work in giving new talent a much needed break.

Well worth checking out if you're lucky enough to be at the show - as many of my Facebook friends from Denmark, Dundee and Staffordshire seem to be, hope you're all having fun!

It's been some time since we last exhibited in the US, (the last being the final of our trilogy of appearances at New York's MoCCA in 2013), and while it would be great to return, the landscape and economics of independent comics makes that unlikely at the moment, but never say never :) 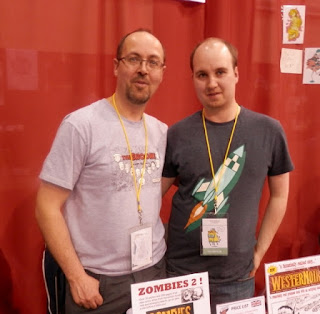 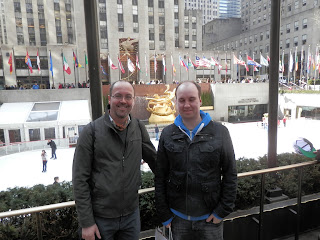 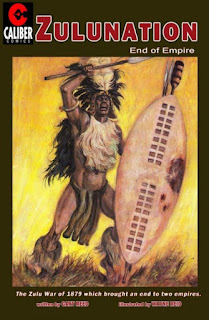 Sad news coming in that Gary Reed, publisher at Caliber Comics has died at the age of 60 - see Bleeding Cool's report here.

Caliber were a bit of an inspiration to me when I was weaning myself of American superhero comics by producing a whole range of alternative storytelling involving history, fantasy, detective and mystery titles in their distinctive black and white style.

Personal favourites, which I've still kept and re-read, St Germaine, Jack the Ripper, A Murder of Scarecrows, Troy and of course Zulu Nation (1991), a 3 part series of the Zulu War, probably the first time I had seen the conflict in comics form.

Many of these titles, including Zulu Nation, were written by Gary himself who was a talented writer, capable of picking up diverse subjects and making highly readable stories of them. The fact that he managed this alongside running a successful publishing company is remarkable.

I never had any direct contact with him or Caliber but several of today's established UK independent comics folk had their early work produced through Caliber, including Jim Alexander, Ed Murphy and our very own Gary Crutchley.

I understand from reports that he had recently relaunched the Caliber Comics brand with a new range of titles so it is a great shame that he will not be here to see this through but he has already left an impressive legacy in the world of comics.

Thoughts with his family.
Posted by Colin M at 21:34 No comments:

Ah, Dave's beat me to a wee write-up for last week's memorable MCM Glasgow show which hopefully I'll still write about myself when time allows but not at present as we're about to attend another show this weekend, more local this time in Stoke at the finely named Stoke Con Trent!

You have been warned!
Posted by Colin M at 12:00 No comments: