Stumbled upon this link in the essential Down The Tubes blog of a time when Accent UK were mentioned alongside Brian Bolland, Jonathan Hickman, Kevin O'Neil, Frank Quietly, Warren Ellis, 2000AD and The Walking Dead etc, whatever happened to them? 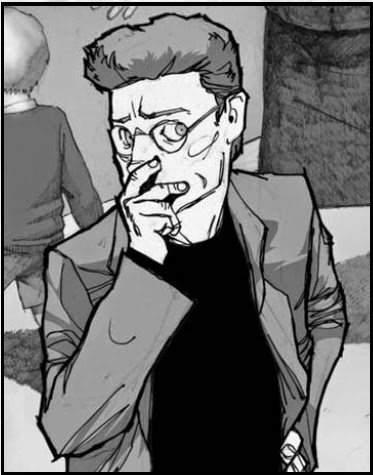 This was 2010 and the award of best British Black & White Comic Book  for Dave West and Marlene Lowe's wonderful Whatever Happened To The World's Fastest Man? I remember it well as the awards were announced overnight at the MCM London's show at the sprawling Excel Centre which I think was only the second time that we had exhibited at? It was crazy stuff and when the award was presented and displayed on our table the following day, the comic, like the Eagle itself flew off the table.


It was a rather special moment and the reviews and interest in the book that followed were a great reward for the hard effort in its creation. The award brought a great spotlight on the book and generated some media interest at the time and led to a Brazilian edition, translated into Portuguese! 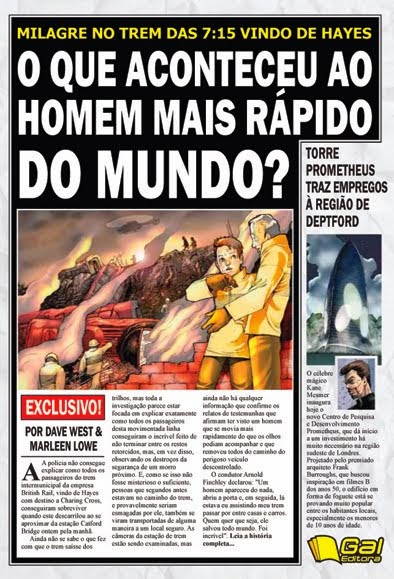 The book's still a great read today and sells steadily. Dave of course has written several titles since but was recently re-united with artist Marlene (now Starksfield) Lowe for the engaging Jigsaw Girl  back up story in issue 1 of Stephenson's Robot which has been well received in recent reviews.


Sadly the Eagle Awards, the UK's longest running comic awards, ceased in, I think, 2012 but left behind a rich heritage of capturing the comics zeitgeist, certainly they gave us a boost at the time and I know that Dave has a fondness for the trophy received, just watch his face light up if its ever mentioned.....