I read comics more than anything and did quite well last year in trying to catch up with the many I've acquired, although I've still some way to go it has to be said. I gave up on the super-hero genre many years ago and get annoyed when that's what people associate with the word 'comic', (its usually that or the Beano!), when the medium has matured with a wide range of quality titles.

Anyway without having a rant about things here's my particular top picks of comics read last year, all being of the 'graphic novel' variety and not necessary first published in 2012, (although I think most were).

There were many others that I enjoyed but these are the ones which I wouldn't hesitate in recommending to demonstrate the talent and diversity that comics can offer. 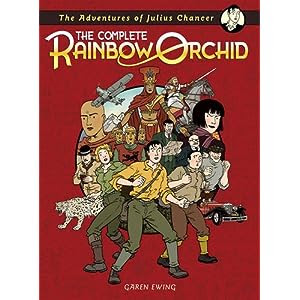 All three volumes together at last! I think Garen's said that this was an amazing 16 years in the making from when he first had the idea, certainly I recall seeing a preview article in the long defunct Imagineers small press fanzine around 1998 or so?

He wasn't working on the book all that time but allowed the story and characters to gestate so when he came to tell their story they and the world they inhabit were fully formed which makes their wonderful adventure all the more enjoyable in the reading. 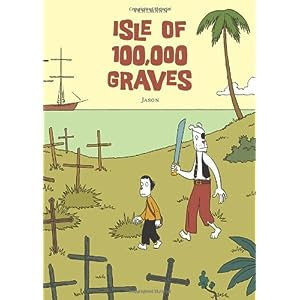 I came fairly late to the quiet delights of Jason's art and storytelling but have enjoyed playing catch up. This though is a joint effort co-written by Vehlmann of Green Manor fame and is a fantastic read belying its 56 pages.

The story's relatively simple, little Gwenny goes on a  quest to find her father who disappeared after finding a treasure map in a bottle. How she cleverly enlists Pirates to help her outwit the island's menacing inhabitants is a real treat with twists, turns and genuine suspense. A real treasure (urgh!). 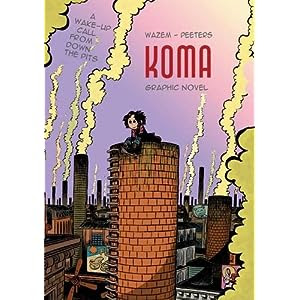 Almost impossible to describe - a girl prone to fainting fills in for her overworked mineshaft cleaning father and falls down a forbidden tunnel befriending a creature who...well who does what exactly? and why is he (and the others) being hunted by those above ground?

Odd, mysterious & complex, masterful storytelling at its very best recently translated from the original French. Despite the artist telling me that the production of this UK edition was "Sheet!" this is a simply wonderful book. If you can find it, buy it!


The Loxleys and the War of 1812 - Alan Grant, Claude St Aubin & Lovern Kindzierski

This was a real find during our very special anniversary trip round Canada last year which took in various sites and exhibitions to do with this often overlooked conflict.

The tale follows a Canadian family caught up in America's attempted invasion of Canada which at that time was under Britain's rule. The story is so skillfully crafted that you forgive the books few predictable moments as you genuinely care about the characters and the impact events have on their lifes.
The quality of the story, art and the comprehensive historical summary add up to a quality package expertly produced.

Even harder to describe than Koma and maybe that's why I enjoyed it so much! The mystery of the three tales collected here is part of the fun, open to interpretation they take you to some dark places indeed. Deep and disturbing, its not pretty but it is thought provoking even if you're not quite sure you've followed it correctly, the journey itself is memorable.

This collection is a 'mash up' from two of the UK's leading indie creators and is a timely reminder of each of their respective talents in a daring marriage of inconvenience. Well worth seeking out.﻿
Posted by Colin M at 23:11