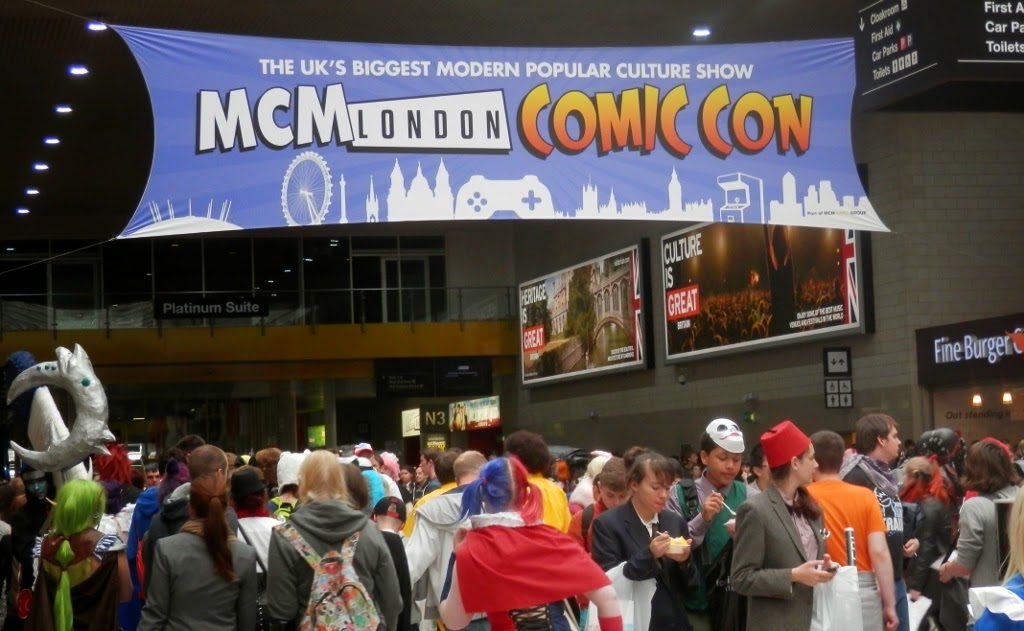 We had high hopes for last weekend's MCM show in London and it didn't disappoint, record crowds - over 100,000 reported! - and record sales made it a show to savour!


Held at its usual Excel centre in London's docklands the shown has continued to grow since our 2010 visit. If I recall that show had around 16,000 attendees, a record at that time, but although we did well, the travel down from Manchester by train, carrying stock and bags ultimately put us off as we concentrated on 'purer' comic shows instead.

The truth is though that while comics are not the main attraction at MCM events, the comic village is an integral part and enjoys its share of the huge footfall so the opportunity is there to reach a new and potentially huge audience. Our successes at recent Manchester and Glasgow MCM's had tempted us south again and while we were a little nervous after our disappointing Birmingham experience, the vibe was good coming into the show.

'Bravely' I had decided to drive to London, the first time I've ever ventured beyond the M25 by car and while I had a few moments, Dave's borrowed sat-nav, voiced by Aussie Bruce saw me through. I all but missed the Friday setting up slot, but was pleased to find the venue and parking relatively easy. Caught up with our good friend Chris and his son on Friday for an enjoyable Mexican tea. 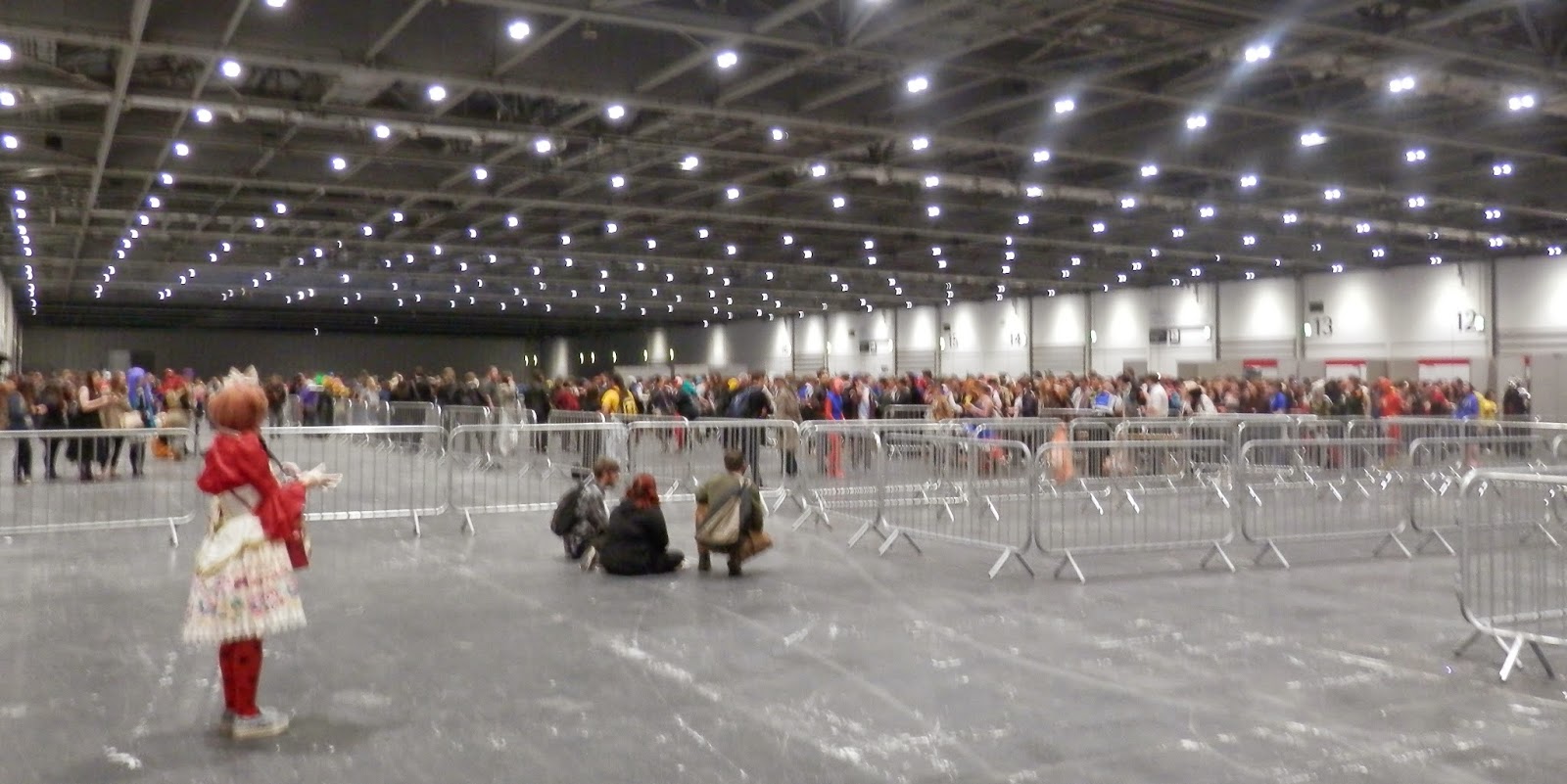 We then arrived nice and early at the venue on Saturday morning to properly set up. This was about an hour before the show opened and already there were big crowds forming, so much so that when Dave and Jemma arrived later by train, they had a 45 minute wait just to find the exhibitor's queue!

Anyway we didn't have much time for chatting as the show got busier and busier with us enjoying steady and brisk sales all weekend long, comfortably beating our highest ever MCM total by the end of the first day and with a new all record high the following day!


As the crowds were so big and diverse, many folks were newish to comics or at least new to indie comics but willing to have a look at what the comic village had to offer among its 200+ tables! We were delighted to find that all our stock sold pretty equally, not just the new stuff. Zulu was again very popular and quickly sold out on Saturday afternoon!


The Sunday started slowly as it tends to do before again gathering pace with Man of Glass, Zombies 2,  Wolfmen 1 and WesterNoir 1 soon selling out along with our older Accent UK packs. We of course found it hard to sell Wolfmen 2 and WesterNoir's 2-4, after selling out of their first issues otherwise I'm sure we would have sold even more. As it was, Sunday was about 2/3rds of Saturday's sales and overall we enjoyed our highest ever show total of books sold in some 12 years of exhibiting, no mean feat!


The scale of the show does make life difficult in terms of getting out and about and looking round so although the Comic Village was huge we only had a glimpse of some of the stalls. Delighted though to have familiar faces as neighbours in John Maybury, Siobhan Hillman of Spacebabe 113 fame and talented brothers, Art and David Goodman,  who we've known for a long time. this gave me the perfect opportunity to pick up their Oscar Charles Drayton newspaper strip collection which they'd all contributed to. I'd heard about it some time ago but not had a chance too see the finished collection, in the style of a scrapbook, for myself, its an intriguing, unique and rewarding read.


Behind us was the irrepressible Jim Alexander of Planet Jimbot fame, who I seem to be following round these days. On our other side was the crazily creative Cristian Ortiz and his wife Alice who worked incredibly hard at the show selling his Golden Campaign books and prints and were also rewarded with great sales.  Thankfully with so many familiar and friendly faces around us, life was never dull during the shows surprisngly regular lulls and time passed really quickly. I did also manage quick hellos to Gary Erskine, Sean Azzopardi, (one of the few comicy folks I can talk football with, even if he is a Chelski fan!), Dave O'Connell and a couple more but not many such was the nature of the show. Shout outs though to Accent UK contributor Danny Hayles who with writer Gareth Wood was tabling his intriguing new Atlantis comic and also to Lyndon White and Rudra Purkayastha who were launching their Cosmic Fish book first discussed at Comica last year.


We enjoyed a bit of socialising on the Saturday with Chris and again long time friends Sumyra and Darren of Lucky Target Comics, including some unforgettable Greek music - Chas n Dave it wasn't! -, but we were all too sensible or tired for a heavy night after a long day and more to come on the Sunday.


That said it was really a great show for us (see Dave's MCM thought here) and although we didn't get to see much ourselves we're delighted to have found so many new readers for our books so, all being well, will make MCM London one of our regular shows - next stop MCM Belfast! 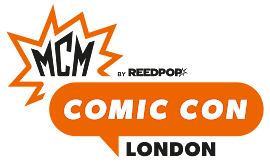