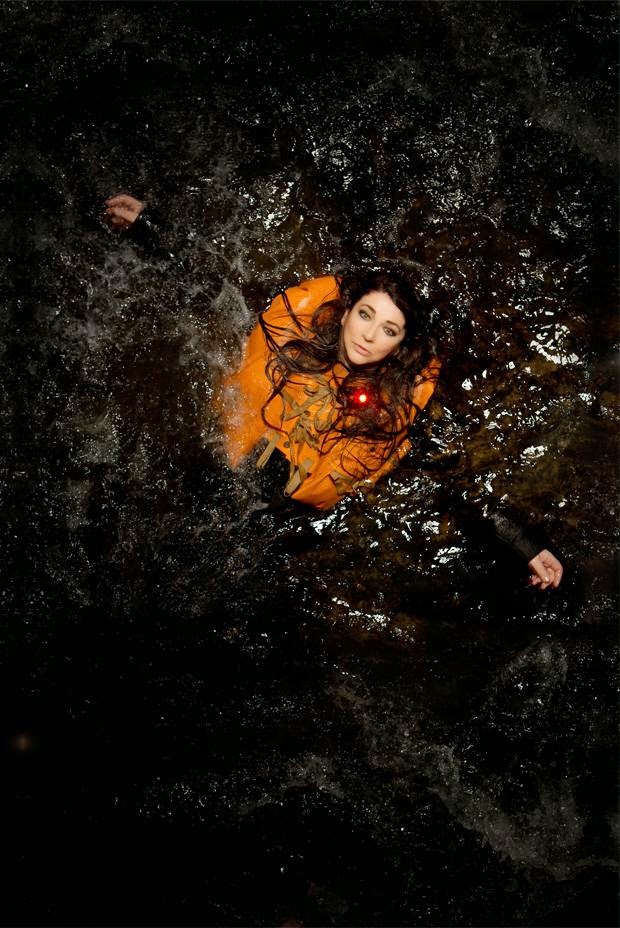 I'll post my comics report on Finland soon but just days after returning from Helsinki Dave and I had a short Accent UK rendezvous in London for Kate Bush's triumphant stage return at the Hammersmith Apollo after some 35 years!

There's already been much written about this surprise musical event of the year, suffice to say that we and the whole sold out audience were absolutely captivated by Ms Bush, her band, the music and spectacle of the show.

From the very first moments when she led her backing singers on stage in a marching formation it was clear that she very much wanted to be there and was genuinely humbled by the fantastic response she got. The first mini-set of 5 crowd pleasing songs were performed in a traditional way possibly to give the rapturous crowd a chance to digest that yes it really was her before the real performances began. I won't go into detail just in case you are one of the lucky ones with a ticket still to see her but after those first few songs the show really begins with two major interpretations of her most popular song suites, one recent, one not. These interpretations take in music, video, acting, dance, theatrics, effects and more with many surprises. It was clear to all that we were watching a genius at work and although there may have been one or two sequences which remained a little baffling, there was no doubt that this was something very special indeed.

Never before have I watched a musical performance when you literally did not know what was to happen next and although very familiar with the songs their interpretation brought, (excuse the pun), a deeper understanding. More so when you remembered that much of the songs were being performed live for the first time, some 30 years after their release!

It must also be said that the audience's reactions were also unprecedented, standing ovation's after most songs and the whole positive atmosphere projecting love and goodwill to the stage where it was humbly received.

This really was special and, despite the cost, I'm so glad that I was able to witness it. No doubt there will be a DVD available at some point which if it only captures 1/2 of the shows essence will be worth picking up.